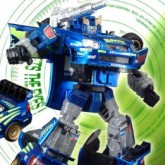 The appearance of Evil BT warriors impacted the Earth-Cybertron alliance strongly, but their shock did not stop there. Expecting the Decepticons to launch a major offensive, the Alliance prepared their defense by producing new BT units. However, even with a host of new units, they lack the system to control them, exisiting Autobot forces that were upgraded into BT bodies were still not enough against the Decepticons, who were superior in number. Without the lifeforce of a Transformer, the Spark, the BT units could not be activated, unlike regular programming and data files that can be copy, the spark contained the personality of the Transformer, each spark is unique in it's own way emitting a unique energy signal that is responsible for controlling the body. Even if the personality and signal can be replicated, the technology to achieve that currently does not exist. But that did not stop Chip Chase, a pioneer researcher in Transformers and longtime friend of the Autobots, to come up with a bold solution. He suggested using Subspace Communication links on the copied personality programs in the BT units, allowing the same spark to fuel and control the copied units regardless of time and space. This became the new technology known as GT "Genetronic Translink" system. With this system, one or more GT copied units can possess the same memory and "kind" personality as the host unit. With the GT system, a whole new frontier is now open to the Binaltech Project.

“BT-07” is the codename for the sub-project aimed to achieve the target, “Reinforcing & Mass Mobilization of Sentient Robots”. With Smokescreen’s volunteering into the project, Subaru constructed this new experimental BT body frame for him. With the help of EDC Advance Tech R&D, the BT frame was modified and functions enhanced to be compatible with GT systems.

New equipment includes a mulit-purpose projectile weapon, Blaster Launcher, that has a loading mechanism with access to Subspace, allowing a direct link to be established to Cybertron City’s Armory, giving Smokescreen practically an unlimited amount of ammo. However, as the GT system is not perfected yet, the mechanism suffers malfuction from time to time. In the case of BT-07, the primary ammo equipped are mainly jamming warheads, aimed to disrupt enemy sensors sweep and detection.

In the center of the energy field of a Transformer’s source of life, the Spark, is the “Laser Core”, that emits the life energy to every part of the Transformer’s body. The GT system is able to isolate the laser core from the spark and store it in subspace. This allows more than on BT unit to connect to the core simultaneously through a “translink port”. While the spark provides life and the same personality to multiple BT units, each unit will undergo different experiences once they are online, resulting in different sets of memory data being recorded in the same time span. Therefore, after each battle, all memory data will be retrieved from the GT units and compiled onto the host unit.

- Bio, Story and System Description translations originally from the Fan to Fan website. 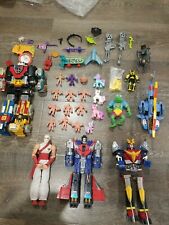 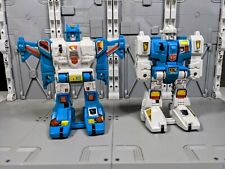 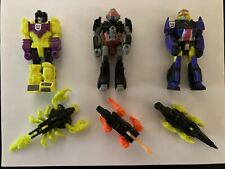 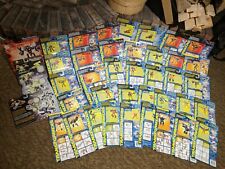 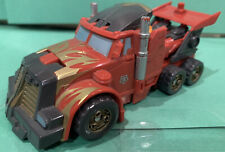 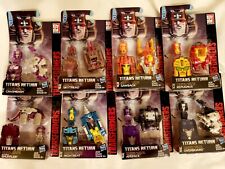