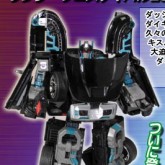 "I am not the chosen one..." Ultra Magnus said to the Matrix in his hands casting off his outer shell to reveal his white armor as he did so. It had been entrusted to him by a wounder, fallen Optimus Prime when Magnus had charged into Unicron's interior, "...but neither of us has any other choices. Now we'll see whether you show your power or are destroyed along with me!" Immediately afterward, a dazzling light flooded through Unicron's body, and his anguished scream rocked the cosmos!

Even as he witnessed the end of the colossus, Prowl felt that it wasn't over yet. The key to call back Megatron's main forces from a temporal rift had been passed along to Shockwave, whose whereabouts were unknown. "Unless Skids's strategy succeeds, next time there'll be no way to avoid destruction!" The surviving Autobot forces immediately assembled and began evacuating from Cybertron.
Meanwhile, on Earth, Project: Distant Thunder was finally being put into action to repair the history warped by Ravage. Fortunately, Skids and the Earth military's tactical group had dodged the enemy assault and succeeded in opening a time warp, and they launched a messenger drone carrying a warning to the past.
If all went successfully, their reality would be rewritten... but nothing in their surroundings changed. On the contrary, the numerous warp portals all over the Earth broke out of their control and began growing even larger! "I knew it was too much to ask! This means history isn't fixed, it's finished!" Just then, a single robot appeared before them like a phantom. The dark shape, resembling Optimus Prime in outline, raised his hands, and an enormous ripple of light spread out from the center of Dinobot Island and enveloped the entire Earth. Once the violent shock had passed, the warp portals on Earth all vanished.
Come back to his senses, Skids timidly approached the blackened Prime before him. "Did you stop the warps from running wild? Then I thank you... Even though our plan failed, the Earth is still safe, thankfully."
"It did not fail," he replied. "Your warning got through safely, and suitable counter-measures were taken. You have saved one history." His words perplexed everyone else, as there were still no changes to be seen in the surrounding reality.
"This world also survived... thanks to the power within me." He told them he'd used the dimensional energies of the warps to divide "real history" and this world with a bypass. "Now both realities will continue to exist."
"Impossible!" Skids roared in shock. All his efforts to evade their fated destruction were now meaningless.

The tactical group took this dark Prime to the EDC's Antarctic base, exchanged words with Optimus Prime's evacuation forces, which had returned to Earth, and conducted a thorough examination and interrogation. The blackened Prime answered all their questions without hesitation, though his expression twisted now and again. "A spark from the future dwells within my structure." This "spark" was apparently a Transformer's soul, as it were. "He was entrusted with a clear mission, given the necessary power to achieve it, and then sent forth. He called himself 'The Protector'."
According to him, the world to which they belonged was apparently now an extremely valuable timeline. In the distant future, it would bring forth great beings. They would fulfill tremendous roles in achieving multiversal prosperity. "Thus we could not let this world be extinguished."
"You yankin' our drive chains?" Sunstreaker yelled. "You're tellin' us to save this world for a buncha mechs that ain't even been built yet? So what happens to us?"
"Be strong through this stormy era," the dark Prime implored, "because those great beings, the Alternity, will originate from you Binaltechs!"
Ignoring everyone else, who was dumbfounded, Optimus Prime leaned forward to address his miniaturized clone. "I know the story of the Protector. This time, I want to ask you about your own personal history."
"There is nothing for me to say. I know enough of what needs to be known. And I've had enough of being powered by this 'lump of goodness' spark!" Abruptly, his tone of voice became tinged with ferocity, and a Decepticon emblem emerged on his shoulder. Then, wringing the last, small amount of the Protector's power from within himself, he generated a jump portal. "Once I have gained a suitably evil life, we shall meet again." He forcibly ejected the spark, switched his controls to A.I. mode, and leaped into the portal. The blackened Prime had successfully escaped to some unknown location on Earth.

Later, Overdrive's dimensional transfer investigations substantiated the fact that the "true history" world had been resurrected. Falteringly, he report on the state of the true-history world to Optimus Prime. "So, on that other world... you, er, die in battle, Optimus Prime." There were a number of differences, but the strangest among those was the being who succeeded as commander. "Unbelievable as it may be, YOU became our new leader, Hot Rod!" As everyone around rechecked their audio receptors, one person cried out in anguish. Ultra Magnus met gazes with Hot Rod, who didn't look nearly as dissatisfied as he might, then firmly closed the storage hatch over the Matrix, which even now was in his custody. "Don't get any funny ideas, junior!" he snapped.
Meanwhile, a report from Meister notified them of the fact that a vast number of mobile fortresses had appeared on Cybertron. Megatron had returned from the time rift. "Their feeling is a little input-scrambled right now, but I'm bettin' they'll be back on their feet and comin' at us any astrosecond."
No one knew which world was preferable now. Optimus Prime turned his attention to the Protector, who was housed in a storage crystal, then spoke to everyone else. "The Alternity are the shining hope for our future, correct? I would like to hope for that. However, we will never reach any future, no matter how bright, if we make no effort here and now. Bear that in mind, and prepare for battle!"
His soldiers raised their spirits and deployed. "For now, let us forget what lies far ahead. However, we must strengthen the backing for Binaltech. We will watch over it and support it. After all, this world exists for their sake!"

At that moment, Dr. Arkeville was conducting yet another subspace translink experiment in his secret laboratory.
"There was some strange interference, but I have finally established a link to a life force suitable for you. It is ancient, evil, avaricious! Now nothing in this world can stop you. Awaken, Nemesis Prime!" 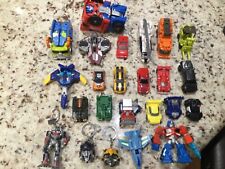 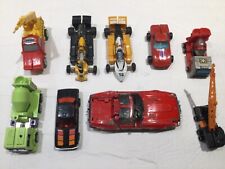 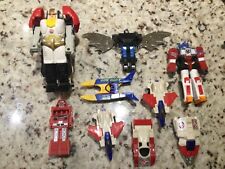 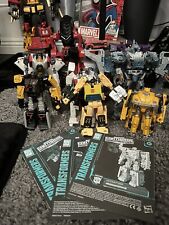 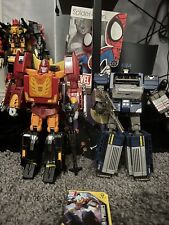