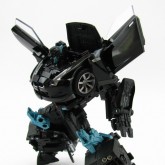 “From Here to Alternity”

The time is 2009. The place is another Earth. There, the robot life forms called Cybertrons and humanity live peacefully together. However, a quarter century after they first met, an unknown threat endangers the world. On the four outer planets of the solar system, large marks resembling the claws of a beast have simultaneously appeared.

On Earth, following the appearance of the marks, a mysterious ring of light appeared in the skies above Vancouver, America. When the Cybertron army deployed there, the ring of light floated above their heads in the shape of a closed racetrack, and around it was racing something that appeared to be a silver sports car. When Commander Convoy saw this strange sight, he whispered, “The promised time has arrived,” and he stopped his compatriots as they prepared for battle. “That visitor is our friend. To be more precise, that is the me of another world. It is Convoy.”

Two years before, he had met a messenger from another world and made a secret promise. In the year 2009, the evil Megatron would bring the terrifying Beast of Time and come to destroy the Earth. The beast “Hytherion” was a super-dimensional life form and a powerful enemy that those on Earth could not even touch. The only thing that could act against this threat was the power of the multi-dimensional space protectors called “Alternity.” Convoy agreed that when the danger appeared, he would become a member of Alternity and fight alongside them.

In the center of the ring, a spacetime window opened and a shining metallic frame appeared from within. Convoy fused with the frame, and before the Cybertrons’ eyes, he was reshaped and transformed into a form matching that of the silver visitor. In that instant, he was reborn as a manifestation of the Alternity super-beings. As Convoy raised his hand into the skies and cast aside the veil of the dimensions, the row of Hytherion’s giant fangs became visible covering the heavens. And so, with modern Earth as its stage, an unimaginable battle began.

Biology: Alternity is a future form of the Transformers which, after 900,000 years, have evolved into a celestial being. Their bodies are made of a higher-dimensional material called Alternium, and they have huge forms that straddle multiple parallel worlds. As a result, it is impossible for terrestrial beings to comprehend the entirety of their appearance. Each individual fuses with their selves of countless parallel worlds to make up a giant manifold being. The word Alternity, referring to their multi-dimensional nature, has become the name for the entire species.

Abilities: They are able to “reach out their hand” to various time periods and dimensional worlds, and they can use their powers to manipulate reality and duplicate timelines. Furthermore, when taking individual action on the mortal plane, they use Transformer bodies called “Auto-Avatars.” Each avatar’s mechanical function is about the same as that of a modern Transformer, but various high functions have been added through the technology of the Alternity. The Auto-Avatars normally transform into the form of a sports car, which is the most efficient method of transportation for using the super-dimensional locomotion of the Timaeus Drive.

Weaknesses: The Alternity are experts on dealing with multiple dimensions, but they are not omnipotent in the matter of time travel. Their greatest weakness is that they cannot move under their own power to any time prior to when Alternium was first created; that is, Earth date 2007. This often works to their disadvantage when battling Hytherion. For missions that go past this barrier, they must use long-range time-space weapons, or the aid of non-Alternity agents called “Protectors.” 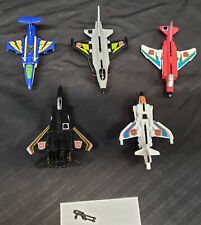 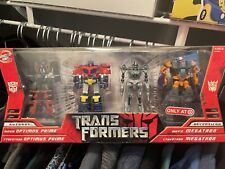 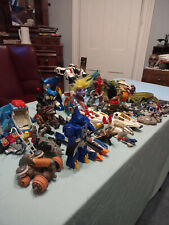 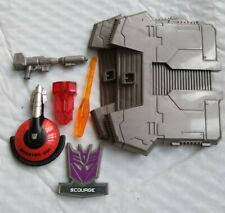