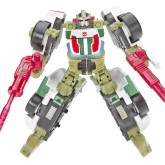 While the toy is a homage to Wheeljack, the toy is named Downshift because the Transformers Energon series is in continuity with Transformers Armada, which had already used the name Wheeljack for another character. Because Downshift is not meant to be the same character, he was given a different name in spite of the close resemblance. 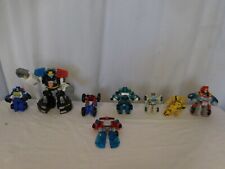