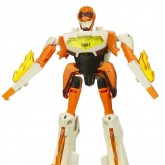 Jetfire and Jetstorm's robot mode combination is a homage to the "symmetrical docking" combiners from Takara's King of Braves Gaogaigar series from the late 90's.

Jetfire and Jetstorm began as engineers at an Energon refinery, until their clowning around and sibling rivalry caused an accident that nearly killed them. Located by Perceptor, the two were used as a test for Project: Safeguard, Ultra Magnus' project to create flying Autobots to counter the Decepticon resurgence. Once rebuilt in their new forms, they became, as Perceptor called it, the "future of Cybertron".

Jetfire and Jetstorm were then put through Elite Guard training by Jazz and Sentinel Prime. Jazz taught the new recruits servo-to-servo combat, but found the two were very good at improvising. Sentinel Prime meanwhile acted as Drill Sergeant, naming the new Autobots. The twins, though, quickly proved to be very strong and powerful, easily managing to overcome Elite Guard training and getting arrogant, thinking it was sickeningly easy (as the Elite Guard never had to train flying Autobots before). Ultra Magnus decided they needed to experience real combat, and Perceptor came up with the idea of upgrading a combat simulator with a sample of Starscream's code.

In the VR, Jetfire and Jetstorm fought a Starscream as dangerous as the real thing. The simulator ran out of control, though, and the VR Starscream ran amok. The stress of the battle caused Jetfire's innate fire abilities to awaken both in the VR and also in reality, where they threatened to go out of control and torch everything. Fortunately, Jetstorm's own cold powers also activated and he was able to cool off Jetfire. The twins then proceeded to fight Starscream with a powered-up combined mode, Safeguard. Before they could finish the fight, though, Perceptor was able to regain control and abort the simulation. The twins believed they were ready for real combat, and were assigned as junior officers in the Elite Guard. Their first mission is, with Jazz and Sentinel Prime, to track down the recently-escaped Autobot traitor Waspinator. 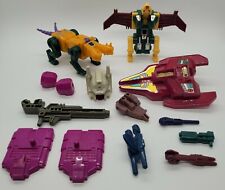 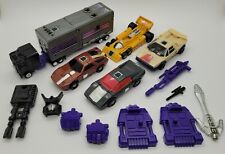 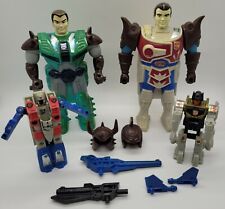 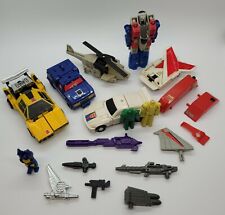