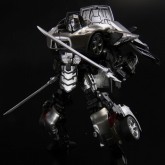 It was the year 2009 when Super-dimensional lifeform Hytherion had begun its attack on Earth, and Alternity Convoy "Auto Avatars" had gathered from various worlds to launch the offence against it.

Megatron observed the battle from his battleship hidden inside trans-warp space, and his mind traced back the problems he had encountered.
He had been compromised to a frozen status during a battle in his original BT world, and when he awoke, he discovered that the balance of the power had changed completely and Destrons were near extermination.
While many Cybertrons were on the path to some supreme being called "Alternity", the Destrons were left behind. The difference of their technical advancement was already several hundred thousand years' worth.
Furious, Megatron embarked on a long journey over the time and space to find a way to reverse the situation.
In search of the power mighty enough to counter Alternity, he researched, refined his scientific technology and strengthened his mind. He gathered force with other Megatrons from different worlds, and finally came to one scheme after a long, long time.

The moment the Convoy Troop delivered the final shot to Hytherion, Megatron activated the gigantic Chaotiser machine inside his battleship. He turned into "Identity Code" and wrote himself onto the beast (Hytherion)'s nerve centre. It enabled Megatron to fuse with the Beast of Time and control its body.
"To achieve the fusion, Hytherion had to be in the state of apparent death. I have had an emitter giving out a time-signal which the beast favours, and it was drawn to this unprotected world. I lead it to a battle against Alternity, to turn it into a raw material I needed."
The gigantic form of Hytherion gradually shifted to something more human-like, then finally vanished to the higher world. Right at the same time, two sports cars which were parked on the street suddenly changed their forms to Megatrons! They were newly activated Megatron Auto Avatars which had been set up in advance.
"Hytherion is an Alternium-based lifeform like you Alternity beings, and now, we have the equal power to you!"
Megatron drew his swords and slashed at Convoy.
"This is the end of your peaceful reign. Now I will show you the devastation and destruction of the infinite galaxy, again and again." 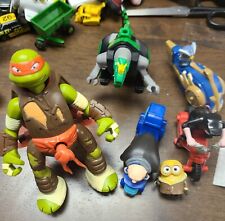 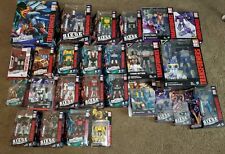 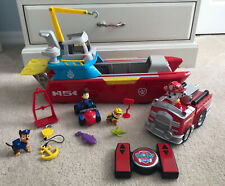 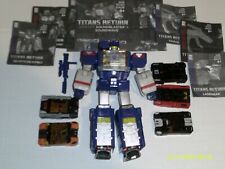 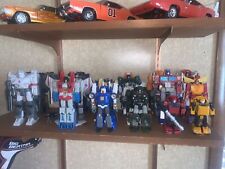