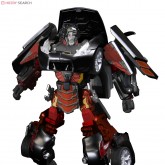 Higher Definition
Protectors: The organisation of future Transformers that join forces with Alternity Cybertrons.
They carry out the missions on behalf of Alternity in "Before 2007" time zones on which Alternity can't have any effect. They also give advise to Alternity from their point of view as three dimensional life forms.
Two main Protector Agents have appeared in the story so far;
Primal the Protector:
First appeared in "Binaltech" series (BT-17), in which he is dispatched to the year 2005 to protect the timeline of Alternity's origin. He is from a group of variants known as "Beast Convoy", and joins the mission in the form of a Spark after receiving some of Alternity's ability to manipulate the time. Even after the birth of Alternium and the completion of his mission, he has remained in often turbulent BT World to work as a spiritual mentor of Cybertrons.
Synthoid Elita Seven:
An agent who accompanies Convoy's auto-avatar V-704 (Super Black) to observe and keep a record of his behaviour. She is in fact the seventh reincarnation of "Super Link" Omnicon warrior Ariel, and in this form her mind has been transfered to a Synthoid (android) body to turn her into a humanoid Transformer. She is able to travel between the various worlds on her Timaeus Drive practicable drone cycle. Alternity has also given her a special power possessed by Elita of different world; the ability to halt the time. 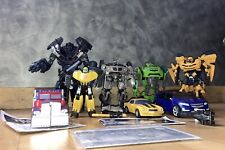 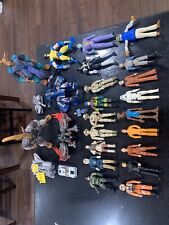 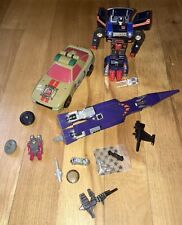