O.P. (Year of the Snake) Images

The giftset included a third bio for the Gaia Armor / Gaia Optimus Prime:

Optimus Prime and his Autobots faced impossible odds, yet succeeded in defeating Gaia Unicron, the earthly avatar of the chaos lord Unicron. From its remains, the macrocosmic guardian Leo Prime used his ancient sword to forge the Gaia Armor. Although the purifying power of an Energon Matrix severed the Gaia Armor from Unicron’s control, it still resonates with the forbidden might of Dark Energon, granting its wearer unspeakable power.
Should Optimus Prime choose to don the armor, he must heed Leo Prime’s warning and treat it with great caution: constant vigilance is required to control the armor without being corrupted by its power. Were the Gaia Armor to fall into the hands of the Decepticon tyrant Megatron, the consequences would surely mean destruction for the already outnumbered Autobots. Whether to be used for good or evil, the Gaia Armor brings a new dimension to the battles of Team Prime. 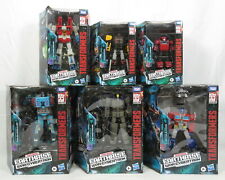 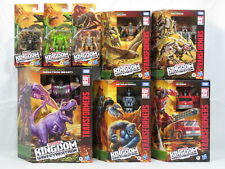