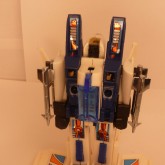 The Four Star Toy company. Made in 1985, a Taiwan based company which produced high quality knockoffs of the then current Transformers as well as some very unique transforming robots of their own. Under the name Transistor Robots, they produced versions of the Takara seekers, including variations, and insecticons. Some of the similarities were downright copyright infringement. It was painfully obvious that they started out with Takara's mold. BUT aside from making very good knockoffs, they made changes to the mold which make them very unique and highly sought after.
There were three jets with at least two of them with variations. We will talk about the first one here.
Black Phantom
The mold is straight from Takara's first seekers. They added detail to the main body and what was most impressive is chrome! Chrome nose cone and thrusters. The canopy was also molded to include more detail. The wings were completely remold to make a more menacing look. The rudders and tail fins were also remolded in the same fashion. The missiles and launchers were replaced with a two missile combo also finished in chrome. For the Black version the fists and landing gear were white. Also, the head came as either a molded Starscream or Jetfire. The feet were also molded in long and standard Takara seeker style. To my knowledge every one I have seen has the combination of Starscream / standard feet or Jetfire / long feet. This holds true for the white version which will be covered in that section. The final version was a gray version which to my knowledge only had one mold. So a total of three jets or five combinations. The quality of these are remarkable close to Takara standards. The plastic does not feel cheap at all, although some tend to be loose in some areas and very tight in others. I would say that QC was not such an issue with this company as it was with Takara. All the jets came in a lovely genetic box with the gray seeker on the box. The back of the box was illustrated using the white version. The insert was styrofoam with a plastic cover inside the box. 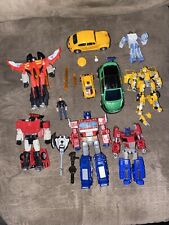 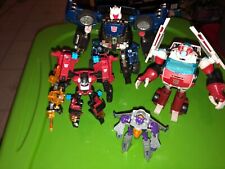 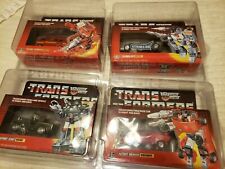 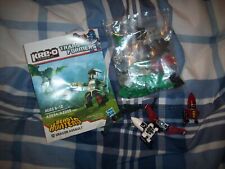