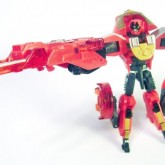 Ransack's bike mode and colors appear to be based on Kaneda's bike from the anime movie Akira. The design is also a homage to the famous lightcycles from the movie Tron.

Cyber Key Code: sc92
Unlocked information from http://www.transformers.com:
Ransack is one half of the dastardly duo of Ransack and Crumplezone. What most citizens of the Speed Planet don't know about Ransack is that he secretly has a crush on Speed Planet leader Override! He's tried to ask her out at least five hundred times, but every time he gets the nerve up to ask her, he blows a gasket! 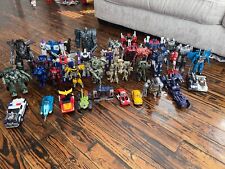