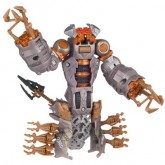 According to Roberto Orci, Scorponok was a "Conscious nod to Beast Wars. We wanted to find some organic way to do something more than just vehicles, and when we hit upon the notion of soldiers trapped behind enemy lines being hunted by a Decepticon, Skorpy seemed to fit the bill."

In the Titan UK story, Scorpion Sting, a US Special Forces team and Ironhide head out into the deserts of Qatar to hunt for Scorponok. But Scorponok reveals his true power when he latches onto Ironhide and seizes control of Ironhide's body (but not his mind - Scorponok only appears to be able to override a Transformers' equivalent of a nervous system not control their minds). However, the weakness of this is that Scorponok's control is via a thin cable attached to the back of the robot's neck, so when a sniper served the cable, Ironhide regained control, pulled Scorponok off his back, and smashed him into pieces. 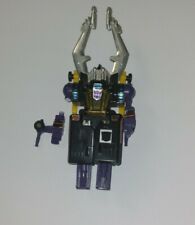 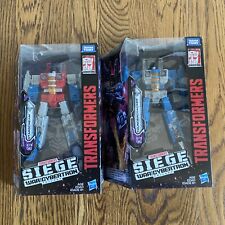 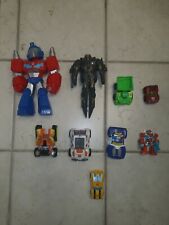