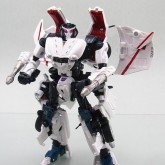 "Foreshadows"
Megatron wielded his power like a malevolent deity and destroyed many galaxies. But each invasive assault he had conducted from the outer dimension was restored and invalidated by the guardians of the multi-dimensional universe, Alternity. He became irritated as most of his actions proved futile and put his plan of bringing the Alternity themselves down into action. As a preliminary step, he sent his elite troop of Destron Alternity candidates picked from various worlds to the Earth below. In one world, Starscream encountered a Convoy Avatar and fired his dreadful Nullifier while the enemy was still taken aback by his unexpected transformation from a sports car.
"I hear you are called gods by some....", he coolly declared as he looked down the crumbling Avatar body, "but you should know that many myths end with their Ragnarök". But the Convoy Avatar showed no sign of tragic bravery and gave a reply Starscream didn't expect. "We foresaw the eventual twilight in the future of Alternity. We have already been prepared."

Ragnarök; Also known as "the Twilight of the Gods" in Japan, is taken from Norse mythology.


Ragnarök, "final destiny of the gods" is a series of major events, including a great battle foretold to ultimately result in the death of a number of major figures (including the gods Odin, Thor, Freyr, Heimdall, and the jötunn Loki), the occurrence of various natural disasters, and the subsequent submersion of the world in water. Afterward, the world resurfaces anew and fertile, the surviving gods meet, and the world is repopulated by two human survivors. Ragnarök is an important event in the Norse canon, and has been the subject of scholarly discourse and theory.

In his bio, "Silver Snake" is said to be Starscream's old nickname, it was one of the nicknames created for Starscream by Bob Budiansky. Most 1984 characters had nicknames intended for use in their Transformers Universe profiles, but they were all excised, save for a few printings of the profiles in the "Transformers Comic Magazine" digest series. 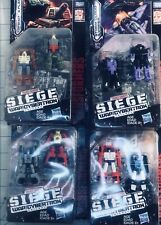 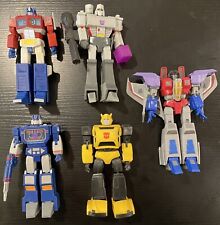