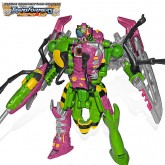 Thrustinator represents a hybrid of Beast Wars Waspinator and his reformatted Vehicon general form, Thrust from Beast Machines. The mish-mash of the two forms is perhaps inspired by a scene in the Beast Machines finale, where following the reformatting of Cybertron Thrust / Waspinator is left with Waspinator's insect mode and Thrust's mechanical head. 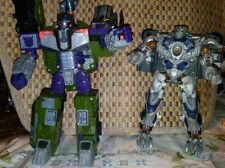 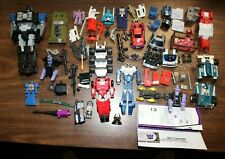 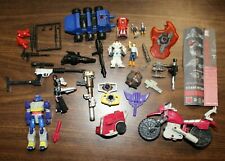