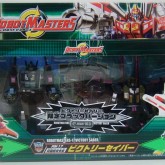 The set's original, official bio on the E-Hobby site was infamous for it's broken English translation. In presenting this article, we have amended the bio to read more smoothly in English, however for completeness the original, unmodified translation is presented below:

STAR SABER and VICTORY LEO, they had been modified as Decepticon colors for "Undercover Mission".
Though their functions are as good as before, the coating of black colored paint can hide them by optical camouflage (however, the optical camo has dangerousness to the surface of their bodies.
It is impossible to continuation use over around 6 hours).
The weapons are modulated moderately because they worry to injure Earthlings even they are villain. Both Autobots can of course combine as VICTORY SABER.
You may think the mission should be completed when they show the ultimate "Victory Combination" form.

In the Middle East of the earth, there is the underworld cooperate with Decepticons. To investigate the area, the Autobots deploy "Undercover Mission" by a request from the U.N.
They selected STAR SABER and VICTORY LEO as infiltration members because OPTIMUS PRIME thought the both weren't well known by the enemy. STAR SABER and VICTORY LEO were disguised as seceded from Autobots, and re-formatted like Decepticon colors. Now, their mission has been started... 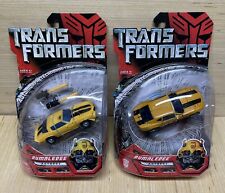 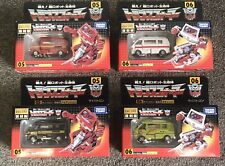 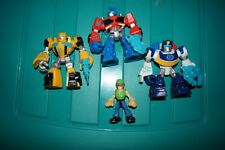